"....I had to put down The Babysitter at Rest a few times to take a break from George’s unflinching insight into women who expend so much energy meeting other people’s needs that self-actualization is impossible and any pleasure accidental. But her stories can’t be escaped. They command attention not only because of their delicious absurdity and humor, but because of their insistence that women see themselves in these paradoxically unique and archetypal characters. It turns out this absurdly funny book is a subversive call to arms, a demand that we begin the process of purging the misogynistic nonsense we’ve all internalized so successfully that we’re no longer sure where it stops and we begin. It might be too late, George’s worldview seems to suggest, but it might also be worth a try." 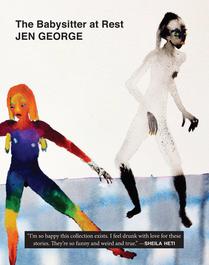 "....It took me several pages to settle into Poschmann’s sly humor, but the revelation that Gilbert—a self-involved man at a crossroads and having a breakdown of sorts while traveling in Japan—is an academic who specializes in beard styles snapped the tone into focus for me. As I got to know Gilbert, his work took on an amusing symbolism. Whether pondering himself or others, he focuses only on the beard and misses the face—he cannot see the forest for the trees. It is this extreme myopia that he endeavors to leave behind as he journeys through Japan. The most interesting thing about the book is that the author allows Gilbert to change only slightly. He doesn’t master the art of appreciation, isn’t transformed by travel, and still can’t escape his own aesthetic or his impulse to impose it on everyone and everything around him, but his approach to life is now just a bit less rigid." 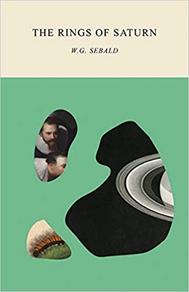 "Sarah Canary by Karen Joy Fowler is described by several reviewers as a romp, which I believe to be a gross mischaracterization. A romp is playful, carefree, and light. While this book is certainly funny at times, and a wild ride of a Western, the plot is driven by cruelty and ugliness in many forms—misogyny, racism, bias against mental illness, to name a few. It’s about three people—each a second-class citizen for different reasons in the American Northwest at the end of the 19th century—brought together by a mysterious figure—who may or may not be human— whom they call Sarah Canary. Together they go to great lengths to help each other survive the hatred and violence that is directed at them. How can this be a romp? (Is this where someone tells me to lighten up? That I take things too seriously?) Also unlike a romp, Sarah Canary is structured in a unique and complex fashion. (Perhaps I am not giving romps enough credit?) Fowler masterfully weaves together history and fiction, interspersing the characters' stories with short chapters of historical and social context of the post-Civil War era. These chapters set up the subsequent sections of the narrative, and serve to remind or educate the reader about what life was like for the 'other' at this time. Needless to say, the picture is not pretty..." 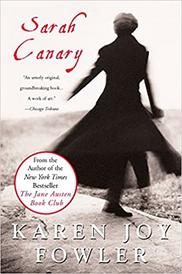 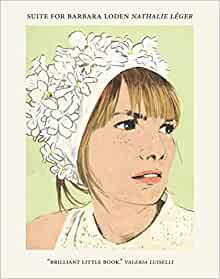 "There are two pieces of flash fiction that precede the masterwork of Hempel’s short story collection Sing to It, the soul-crushing “A Full-Service Shelter.” At barely half a page long each, every word meticulously chosen, they read like prose poems. The first, “Sing to It,” references the Arab proverb, “When danger approaches, sing to it.” This feels like guidance from Hempel—particularly for people who are defenseless against beautiful, intuitive writing—on how to navigate her book without despairing. The second story, “The Orphan Lamb,” warns readers that they will spend time inside the bleeding skin of others, and perhaps feel and consider things they neither want to feel nor consider. I appreciated Hempel’s counsel, and I did make it through without succumbing to despair, largely because her work, even when bleak, is shot through with wisdom and acceptance in unlikely places..." 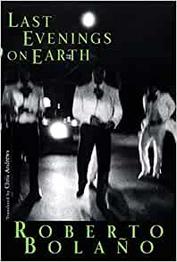 "According to Léger, Loden said, 'Wanda’s character is based on my own life and character.... Everything comes from my own experience. Everything I do is me' (pg. 30). But this deep connection between actress and character is only the beginning of the metaphysical in this book. As Léger shifts between retelling the movie, recounting the factual events of Loden’s experience supplemented with fiction, and illuminating the ways in which her own life—and the life of her mother—intersects with the lives of all the women in the book, a dizzying mirror-within-a-mirror-within-a-mirror quality comes to light. Léger is reflecting on herself and her mother through the prism of Loden, who reflected on Alma to create Wanda, and the five women are thus connected in a fractal sisterhood." 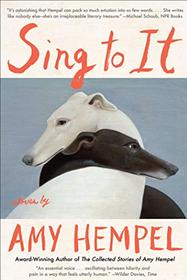 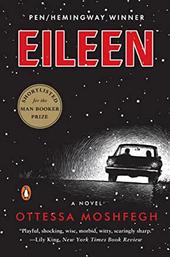 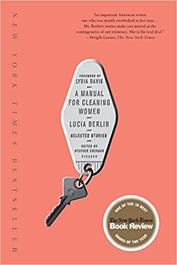 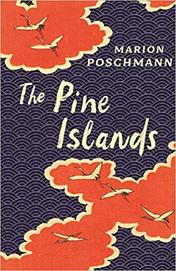 "....The Rings of Saturn transcends. It transcends form and somehow, in doing so, transcends devastation and destruction. This must be the aforementioned 'radiance and resilience of the human spirit' that I could not quite grasp initially. Radiance and resilience live in Sebald’s juxtaposition of erudition and accessibility that is somehow uplifting, inviting, and communal. It is in his effortless shifts of style and genre which, in lesser hands, would seem like grandstanding, but in his feel like a valiant struggle to find the most effective way to reach as many of us as possible. What Sebald does is exquisite, and actually, attempting to define or explain it is unnecessary. Perhaps it’s more appropriate to end with a quote from Mrs. Ashbury, who, in contemplating her ghostly existence, living in her dilapidated ruin of a house, defines our very existence while in conversation with Sebald: “All of us are fantasists, ill-equipped for life...,” she says, “...life is just one great, ongoing, incomprehensible blunder." How right you are, Mrs. Ashbury. How right you are."

"....I was captivated by Eileen, and by Eileen. Most women probably relate to her more than they’d want to admit—to her alienation from her body, to her awe of and fascination with beautiful people who move through the world with ease, to the lengths to which she is willing to go in order to feel seen and valued. By the time I got to the line “...I was too impatient to be truly smart” at the bottom of the first page, I thought maybe I’d found a kindred spirit, albeit one who was probably about to do something terrible—I could only hope she had a good reason. The device Moshfegh uses of 74-year-old “Lena,” aka Eileen, narrating for her 24-year-old self reassured me that Eileen was at least going to make it out of the story, so I was able to...relax? No. Get on the ride? Yes."

"....Of Bolaño’s many achievements with Last Evenings on Earth, the most remarkable is the way that disappearance and exile permeate the pages without his writing about them directly. His brilliance lies in making the reader feel the emotional impact through stories that simply stop, like a trail gone cold, and characters who don’t—can’t—expect consistency or permanence from anyone or anything, as if the concepts don’t exist, or if they do, couldn’t possibly apply to them. They drift through life looking for a foothold but unable to find one. Perhaps Bolaño’s message is that the living, forced by a violent regime to abandon home, are ultimately rendered more ghostlike than the loved ones who haunt them from the mournful purgatory of the disappeared."

"....I was foggy on what was happening inside me as I read, perhaps because, due to personal experience, I struggle to find anything in myself other than anger when it comes to alcoholics. But when I finished this book, I felt like I’d been day-drinking, happily, in a dark establishment with someone wise and, if not exactly joyful, joyful adjacent. Someone who felt grateful, perhaps, to still be here. Somehow, despite everything Berlin endured and wrestled with, she found gratification inside or between the moments that make up any given day, and she put it on the page for us as an offering, or a reminder, or both."